The Land of Legends in Antalya has been attracting guests since it opened in 2016, operating throughout the year, including the holiday seasons such as New Year Eve. In 2020 Rixos Group presented its first ever licensed themed land in theme park — Masha and the Bear Land of Laughter — inspired by the worldwide popular animated family series. The brand zone covers the area of 8000 m2.

The choice of IP was a decision made by Hande Tezerdi, Rixos Group’s Business Development Director, and the Board of Directors.

“Masha and the Bear is a very strong IP throughout Europe, and all over the world,” says Tezerdi. “It is among the top five brands in Turkey, for most watchable episodes and for consumer brands. We met with Animaccord, and explained our vision about what The Land of Legends wanted to create as a themed zone.”

The centerpiece of Land of Laughter is A Joyful Journey, a slow-moving boat ride through the four seasons of year with Masha and the Bear walking mascots with who the park visitors can take memorable photos. Guests enter Masha’s house before boarding boats that take them in and out of a show building. Most of the scenes show Masha interacting with the seasonal weather conditions and also holidays like Halloween, Christmas and New Year’s. Over 75 cartoon-inspired figurines populate the attraction, both static and animated.

An indoor play structure called Bear’s Funhouse and a splashpad play area provide other attractions within the land. A quick service restaurant features Russian cuisine while the train-themed Food Station restaurant provides indoor and outdoor sit-down options. Windows on one side of the train face the land while “windows” on the opposite side are actually screens that show animated scenes and characters from the TV series. 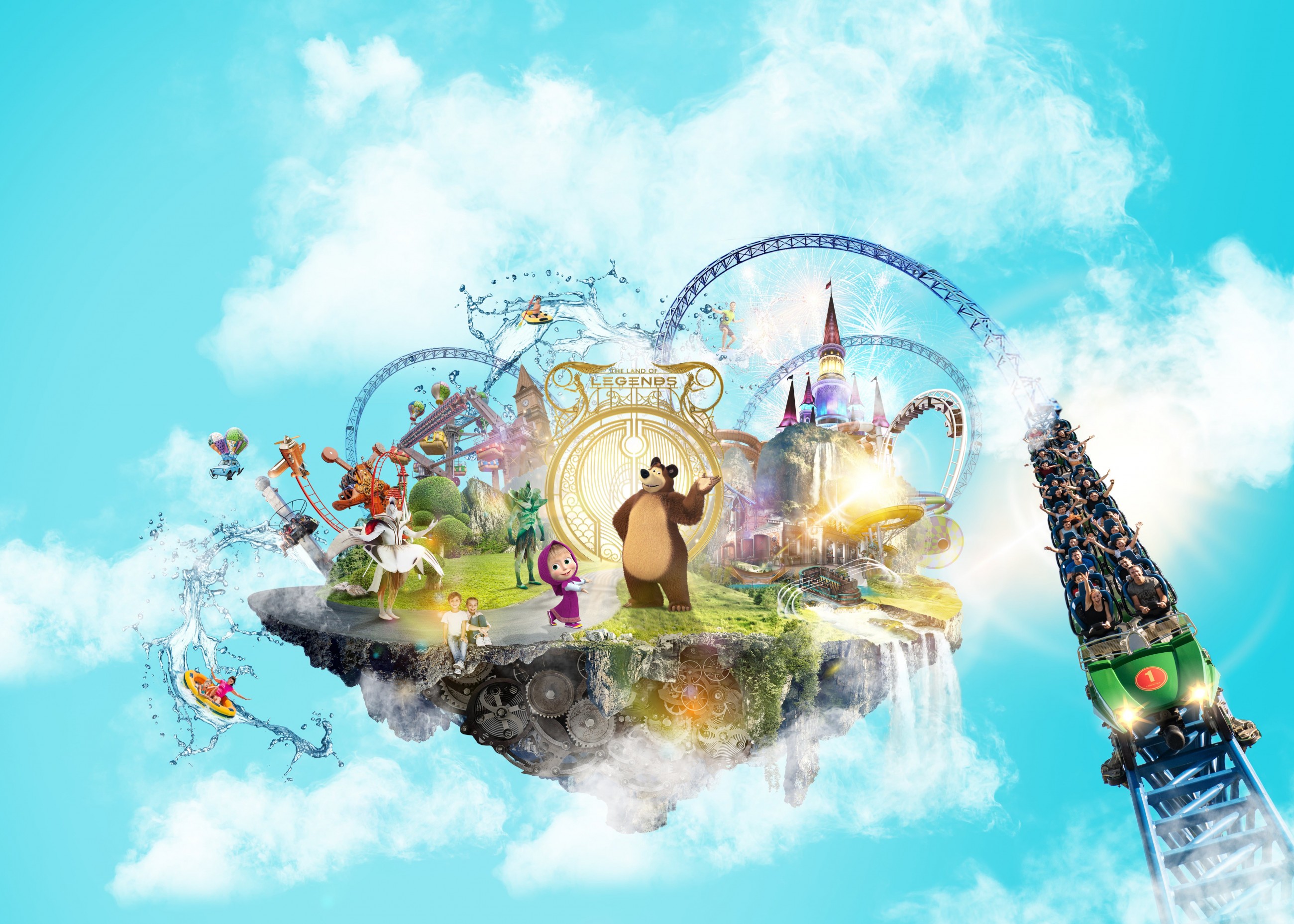 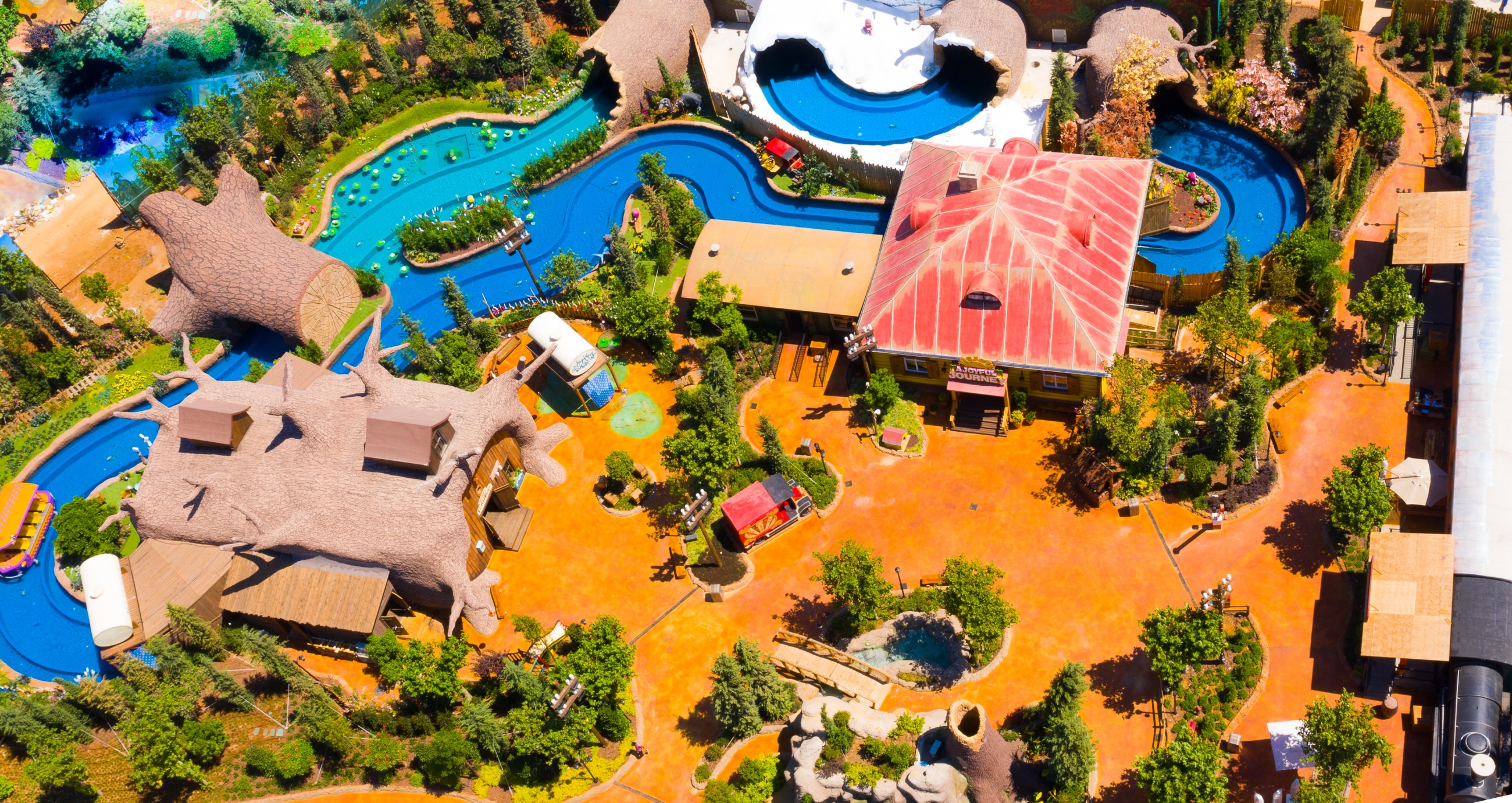