The animated series has a strong presence in the country supported by key media, marketing campaigns, and new CP deals for the region

The pre-school family hit “Masha and the Bear,” owned by Animaccord media & licensing company, is in TOP-20 shows in Poland, along with epic hits “Game of Thrones”, “Vikings”, and “The Crown”, according to a January 2021 report by Parrot Analytics, an international research agency. Among top pre-school most demanded animated shows, Masha and the Bear ranks #6 together with PAW Patrol and Peppa Pig.

The animated series has a complex media representation in the country. TVP ABC, Poland’s leading TV channel for children broadcasts Masha and the Bear Seasons 1-4 as well as spinoffs Masha's Spooky Stories and Masha's Tales. Moreover, the show is widely aired by the country's major VOD platforms such as HBO, Netflix, Orange, UPC, Vod.pl (onet), IPLA, CDA, Player.pl and Cyfrowypolsat.pl.

In the local Consumer Products market, the brand holds a firm position supported by reports from international research agencies including Kidz Global, which ranked Masha the #3 most popular brand for girls aged 3-6, as well as the #5 brand for purchase interest, that has been steadily growing year over year (Nov 2020).

The company is now announcing new contracts for 2021-2022: Fun4Kids Toys will release toy construction blocks. Smyk, the international chain of children's department stores, is set to release apparel collections featuring the series’ characters in AW2021 under the COOL CLUB brand. Moreover, Animaccord has secured deals with Epee as well as Collby and company to launch Masha and the Bear Health & Beauty products in 2021, and the company has additionally confirmed a publishing deal with Ferment publisher to distribute educational books and licensed calendars in 2021 and 2022, respectively. 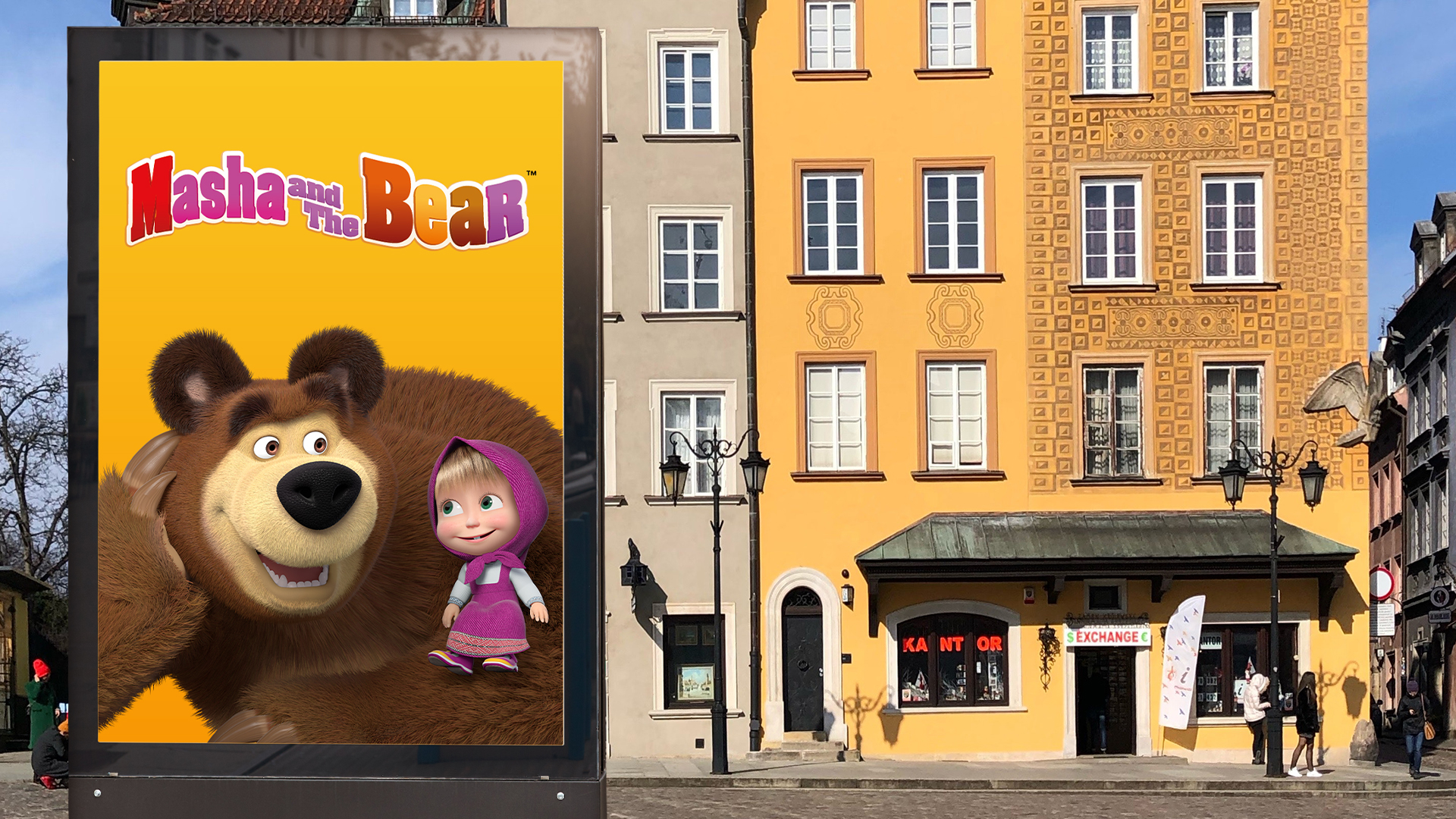