International Animation Festival HIROSHIMA 2020 has selected Masha and the Bear’s episode – “Who am I?” for its special program list entitled “BEST OF THE WORLD” whose purpose is to reveal and honor superior animation works of recent years from around the world.

The selection was held out of 2,339 works from 84 countries using online conference system by Hiroshi Onishi, the International Selection Committee Chairperson, and more qualified jury involved in animation field in Japan.

Hiroshima International Animation Festival is a biennial manifestation held in Hiroshima City in August, endorsed by Association Internationale du Film d'Animation (ASIFA). Under the spirit of LOVE & PEACE, the festival has been dedicating to the advancement of visual media art culture in general, by promoting international cross-cultural exchanges through the development of animation art. Today, Hiroshima Festival is considered as one of the most respected animation festivals in the world. It is also qualified as an Academy Award Short Film Festival as well as ASIFA-Hollywood's Annie Awards Short Film Festival. 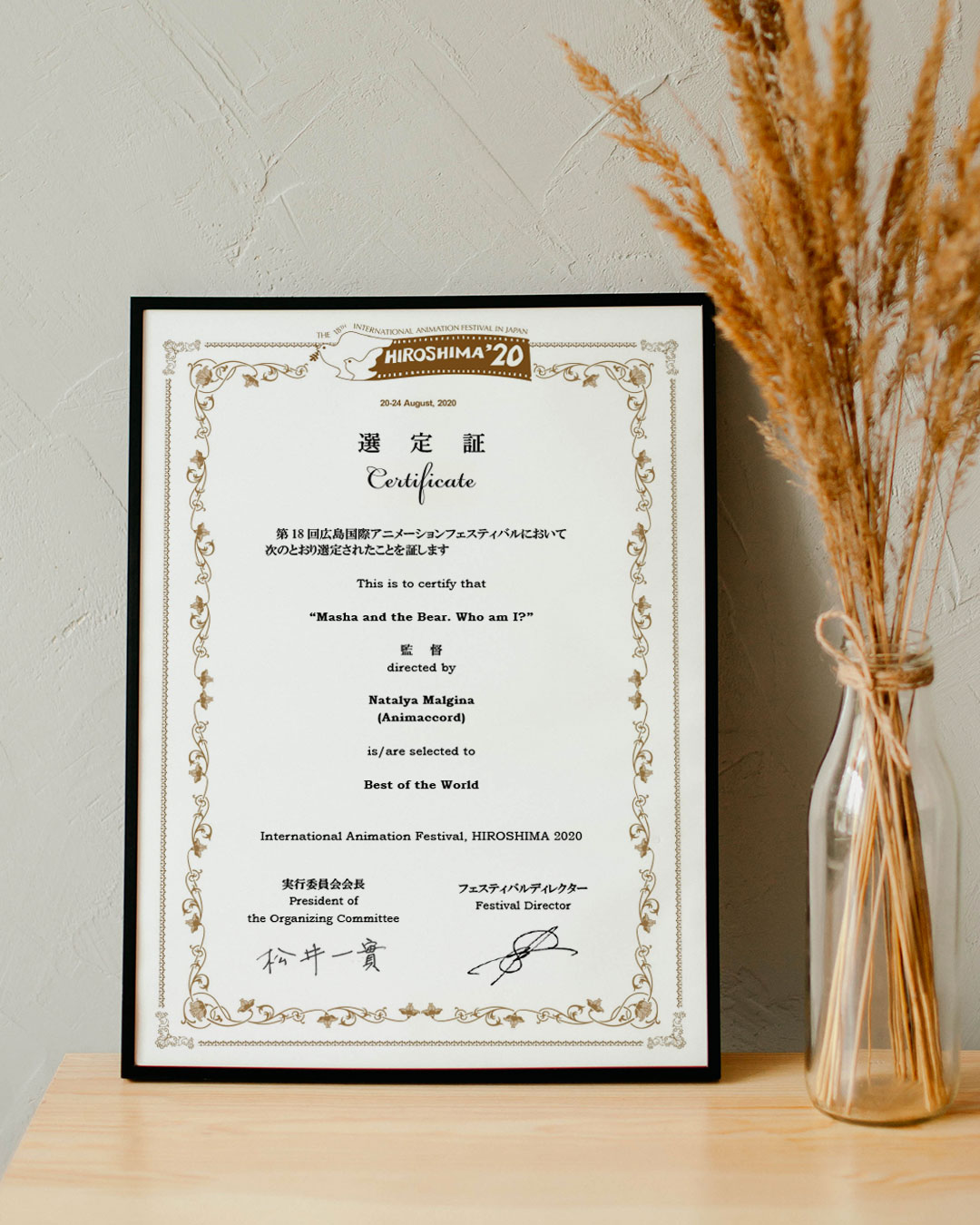