Masha and the Bear episode – ‘Who am I?’ won the Silver prize for the Golden Dolphin Award as part of the 13th Xiamen International Animation Festival 2020, China’s most influential festival for animation and comics. The work was selected in Best Animated Series Category out of 2916 entries from 43 countries and regions as well as rewarded of over $7,000.

The XIAF is supported by ASIFA (Association Internationale du Film d’Animation) and ASIFA-CHINA, non-profit corporations aimed at cultivating and promoting the art, craft, and profession of Animation. 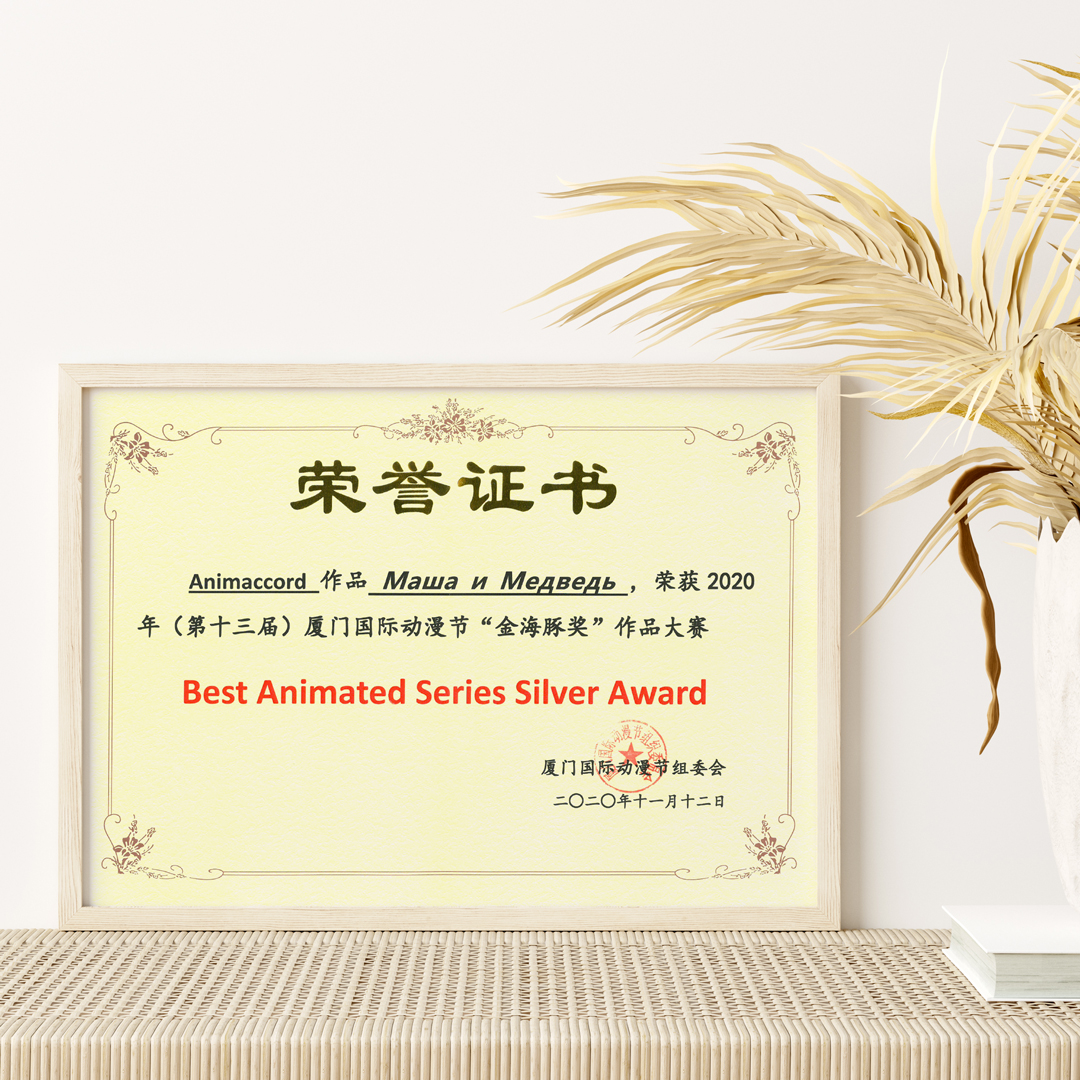 Animaccord presents special episode of Masha and the Bear dedicated to 100 BILLION views on YouTube
Moreover, another cartoon’s YouTube channel in Arabic has been awarded the Diamond Play Button
83
MORE
Masha and the Bear’s Season 5 to make UK TV debut on Tiny Pop
The premiere will follow with a Christmas advent calendar and other marketing campaigns across the country
117
MORE
Animaccord takes new property to MIP in addition to Masha and the Bear
Fairyteens animated series created by co-producer of Masha and the Bear will be represented on this year's MIPCOM
102
MORE
In this section: Media