Animaccord’s commercial spot for Yandex.Taxi received the Award of Excellence for the 26th Annual Communicator Awards

Promo campaign for Yandex.Taxi created and produced by Animaccord’s in-house team has been recognized as a Communicator Awards winner. The TVC spot was selected out of 6,000 entries from around the world and received the competition’s highest honor – the Award of Excellence – along with such companies as PwC and LG Electronics. The winning video was a part of educational campaign with Yandex.Taxi aimed to spread awareness and guidance on the child seats, as well as the importance of road safety.

The entries were judged and overseen by an assembly of professional jury from such companies as Walmart, Disney, MTV Networks, Estee Lauder, Fast Company, Yahoo and many others.

The Communicator Awards is the leading international creative awards program honoring creative excellence for communication professionals. Founded over two decades ago, The Communicator Awards is an annual competition honoring the best in advertising, corporate communications, public relations and identity work for print, video, interactive and audio. 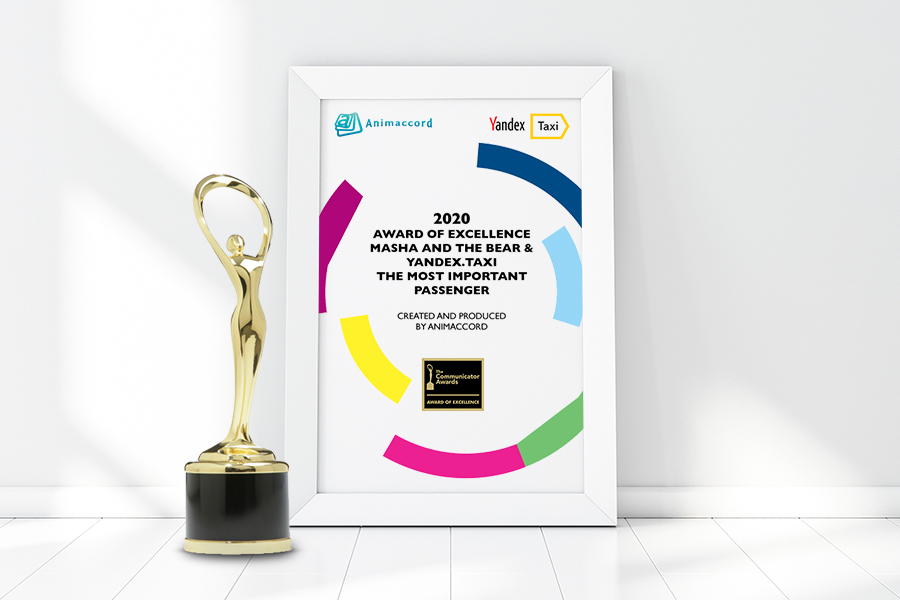