Masha and the Bear, which set the Guinness World Records as the most watched cartoon on YouTube, will be debuted in 4K on YouTube Kids with the new season in English. The first episode “What's inside?” is launching on September 4th on the cartoon’s official YouTube channel.

The new adventures of mischievous little girl Masha and her kind and caring friend the Bear were developed with the approach “back to roots”: thus, the Season 5 will remind viewers of the very first legendary episodes of the cartoon for its unique storyline, humor, and musical content, that became loved by kids and adults all over the world as well as brought the cartoon international recognition in global animation industry. Animaccord, positioning exceptional quality of serial animation as one of its major priorities in content production, has enhanced its studio capacities to produce the new season of the series in 4K resolution allowing the audience to experience even more real world of Masha and the Bear.

"We are proud and excited to partner with Animaccord to premiere exclusively the first episode of the Season 5 of Masha and the Bear, the widely-acclaimed pre-school series, in 4K on YouTube Kids! This represents a new milestone that demonstrates again YouTube Kids' commitment to consistently raise the bar in terms of content quality available on the platform, and provide our users with a best-in-class viewing experience, leveraging new technologies, hand in hand with a long-standing content partner." - commented Gregory Dray, Director, Head of Kids/Family Entertainment & Education, EMEA, Google/YouTube and MD, International, YouTube Kids.

The official English YouTube channel of Masha and the Bear series achieved the Diamond Creator Award (Play Button) on December 18, 2019 and since then became the fastest-growing language channel of the cartoon (out of 16 running channels) overtaking the original one in Russian with the audience increase by almost 60% as of September 3, 2020 counting over 17 million subscribers today. 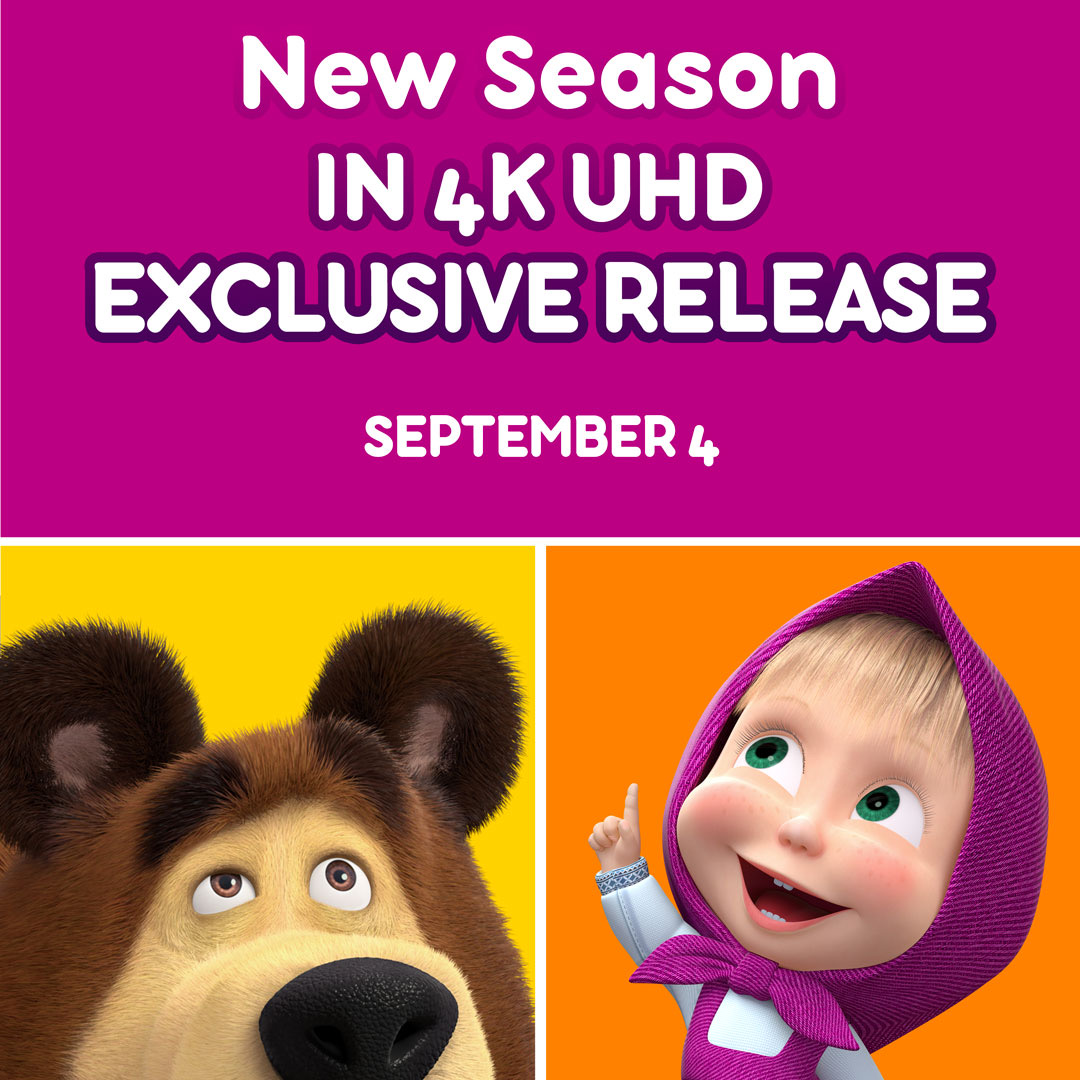 Animaccord is Spreading Masha and the Bear Season 4 Globally