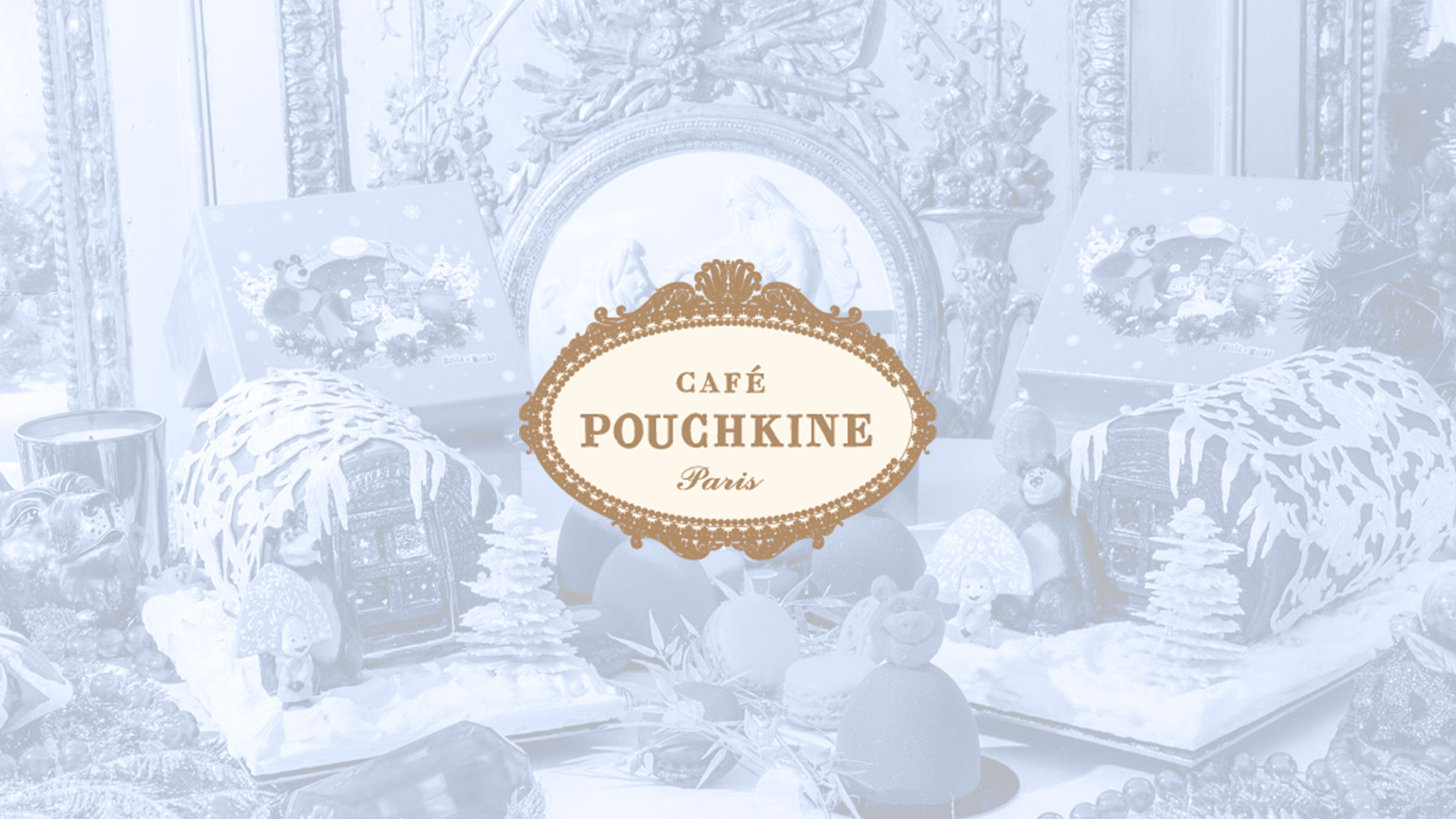 Together with the team of the legendary “Café Pouchkine” restaurant, operated by Maison Dellos, we brought to life the real Christmas Magic with Masha and the Bear in the restaurants in Paris and Moscow during the Season.

Campaign Included:
• Special dessert menu: the world famous French Chef pâtisserie, Nina Métayer, has created the traditional treat of the Season 'Christmas Log' with the cartoon's characters as well as the brand new The Bear and Masha desserts. The special Masha and the Bear menu also included the branded box of macaroons with different flavors, the choice of which was based on the sweet treats featured in the series such as The Bear's honey, Masha's berry jams, and more.
• Windows decorations with 3-D Masha and the Bear
• Series of Meet&Greet events with mascots in restaurants